Treated at our Nashua clinic

Melissa badly sprained her right ankle playing softball in early November 2020. As a pitcher, she steps on and off the mound dozens of times a game without incident, but on one particular play as she stepped back her ankle rolled and she collapsed the grass in severe pain. She came to our clinic nearly 2 months later frustrated that she was still unable to return to the game she loves. Melissa was evaluated by Shad Hansen, MPT, OCS and treated by Shad and Casey Hall PTA. She walked in with a noticeable limp, and during her exam she was found to have significant loss of motion and strength.

She made steady progress in PT and in late February she made a return to softball for a winter indoor tournament. Unfortunately, in her first game back, she took a hard line drive off the outside her thigh and received a severe contusion. Still she was not deterred. Although the contusion kept her from pitching for a brief time, she continued to play – without worrying about her rehabilitated ankle. She is looking forward to a great softball year with her teammates! 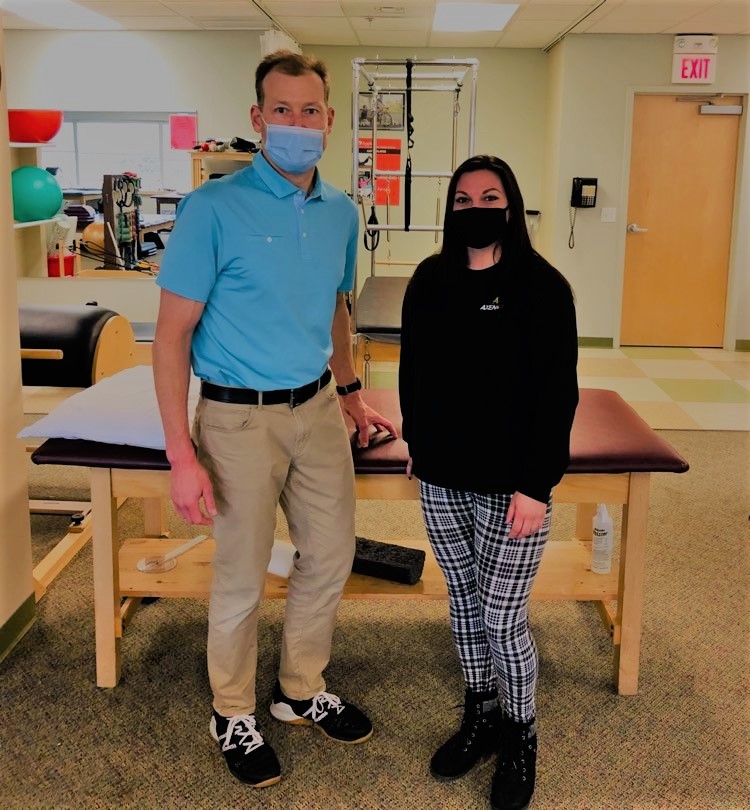