Treated at our Londonderry clinic

In February of 2021 Kevin was working as a police officer and was crushed between two cars causing a patellar tendon rupture and a tibia fracture. Pt underwent surgery on the same day by Dr. Garber at NHOC. Following surgery Kevin’s range of motion was limited to 45 degrees and he was walking with two crutches.

The initial rehab following a patellar tendon repair is slow as the ROM is gradually increased over a period of several weeks to protect the repair. Once normal ROM and gait were achieved Kevin was eventually able to work on higher level of function activities such as balance, jumping and hopping. After four months of therapy Kevin has been cleared for light duty and will continue to work towards full duty and function. 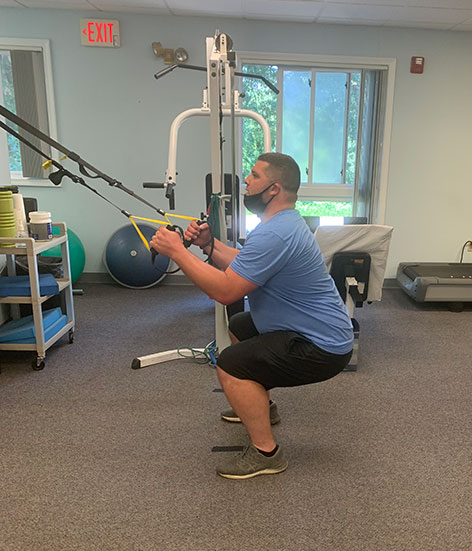