Patient of the Month – June

Treated at our Nashua clinic

Greg Bleaux is a patient of Dr. Robert Heaps and Anne-Marie Provencal MS OTR/L who underwent reconstruction surgery of the volar plate of his right ring finger PIP joint. Greg reports chronic dislocation of his PIP in a dorsal direction for several years following a basketball injury. Initial treatment of splinting, and range of motion were not effective so he elected to have Dr. Heaps pin his PIP joint and reconstruct the volar plate. Therapy was initiated one week after the procedure on 4/4/22 at Apple Therapy in Nashua. Greg’s finger was protected with a custom orthosis and ROM of the uninvolved joints until the pin was removed on 4/18/22. Protection continued for another 4 weeks but range of motion of the PIP began following pin removal.

Greg has been consistent and compliant with therapy and his results are phenomenal ! He now has a stable and functional right hand and is able to do all the things he enjoys without fear of his ring finger PIP dislocating. He is enjoying golf, working out, and playing basketball with his 2 young children! 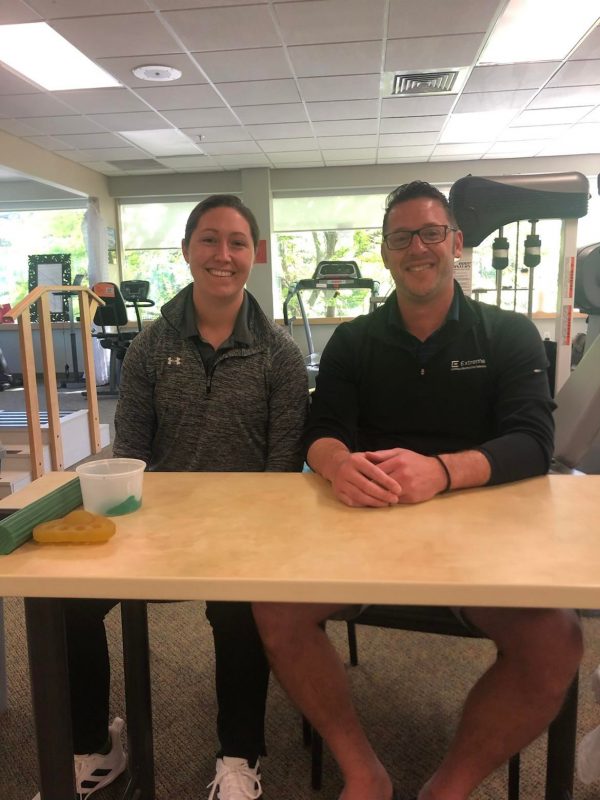